The air was transparent this morning at low tide. The fog lifted early, and across the water I could see Berkeley. I sat on a bench near the dock of the bay, whistling Otis, savoring the cool breeze and the strong sun. California sun makes us dance, and we need that. 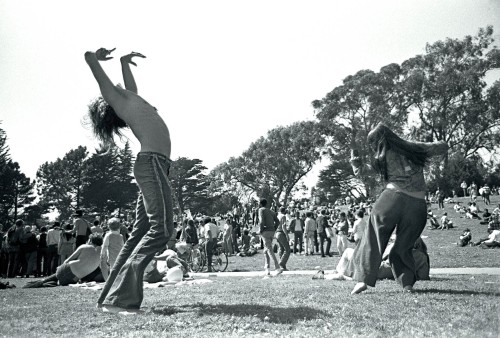 My eyes wandered over to a spot on the dock, where a small figure stood leaning against a flagpole. I forgot my glasses at the Youth Hostile (Ref. “Hostiles”) this morning, so I had to squint at the figure for a while to see that it was a boy. Or a horse-jockey. He wore white pants, riding boots, and a checkered shirt. Then I thought it was probably a boy dressed in a horse-jockey costume, because we don’t allow horses here. The boy-jockey stood very still, gazing out at the ships rolling in. I let my gaze follow his gaze, then back to him. What did he see that made him stand so still? He moved very little, if at all. In fact, it occurred to me he was frozen, or pretending to be a statue. Where were his parents? What an odd child. At least he was wearing clothes.

Then this occurred to me: It wasn’t a horse-jockey or a boy-jockey or a boy at all. It was an actual statue—I’m sure. But who put a statue on the bank like that and why a statue of a boy-horse-jockey? Boy or not-a-boy, sometimes what you see just isn’t what you think you see.

And don’t stare. I know it’s mesmerizing, but try to look away.

One response to “Nebulous”