The media said it was like a work of fiction. “In an extraordinary intelligence coup,” (NYT) The CIA, working alongside the Saudi intelligence agency, Al Mukhabarat Al A’amah (off the top of my head), pulled a fast one over Al-Qaeda this week. A double-agent, working for Saudi intelligence, began his mission last year, entering Yemen under cover to infiltrate a Yemeni Al-Qaeda group and eventually foil their plan for an airliner attack.

As the story hit the west coast yesterday and tornadoed through the LA area, some #moviedirector broke wind passionately, when he realized his dream had just played out in the Middle East somewhere or France. First, the media said, “hey, they foiled a bombing plot. Someone tried to blow up an America-bound airliner again, but they got him!” And everyone was like, “phew, I guess.” Then the story flip-flopped, and the media said, “hey, we’re wrong, but we’re not wrong, because guess what—the terrorist was a double-agent! Working for the CIA!” And everyone went crazy up in arms and rolled on the floor laughing or crying or was just so in awe by the fact that we finally finally FINALLY get to use “double-agent” in a sentence and really mean it. The Internet was bulging with hashtags about double-agents and screenplay ideas and people expressing their enthusiasm for such a cool thing actuallyreally happening. 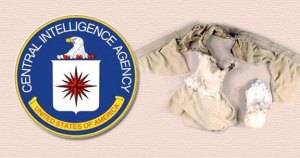 The Government was so proud, it beamed at the mere mention of it’s beloved CIA, congratulating them on their fine intelligence work and overall success, like your parents would if you finally got that Job / Girlfriend / Apartmentawayfromhome you’ve been wanting all this time. Peter King, that #idiotrepublican from New York you’d remember by his #allmuslims=terrorists “Radicalization Hearings” last year, commented, “this was incredibly good intelligence work,” raising an eyebrow. “I mean—this is intelligence at its best.”

The topsecretmission, carried out by the Saudi double-agent, provided Western nations, viz. US, with a ton of new insider information and bonus material and extras that will certainly be useful. The TSA said they weren’t going to change anything, because evidently all their practices and security methods are perfect.

Then the final edit came: He wasn’t even a double-agent. He was just an agent, working just for the Saudis. We weren’t involved at all. Apparently the entire operation was overseen by one of the Saudi princes, Mohammed bin Nayef. Bin Nayef, who had sought to prove himself—to himself—was unavailable for comment yesterday, but his statement this morning was “I’m very proud. But I’m busy throwing a cocktail-social on my yacht today. But seriously—I needed this.” The media “liked” his status, but didn’t comment.